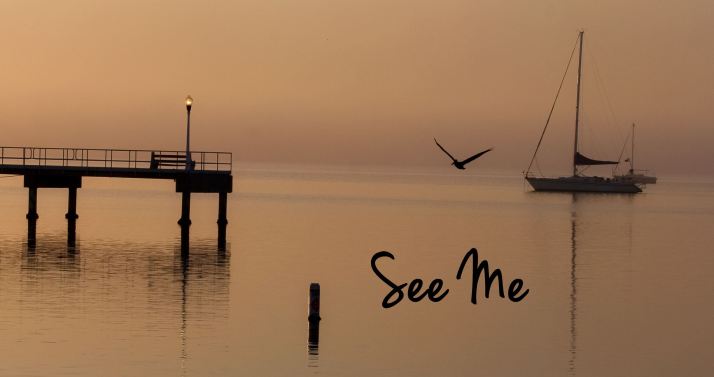 This week I found myself reading a lot of blogs. It might seem that, as a blogger, I read blogs on a regular basis. I don’t. Too often the point of a blog is to tell me I’m failing, that I say or do or think or believe the wrong things. Some of them are right, and some are not, but regardless, I’m not much of a blog reader.

So for me to find myself on blog after blog was strange. Even stranger was the common threads in these blogs. Some were well-known bloggers with thousands of subscribers. Some were not. But all of them were saying the same thing. All of them said I want to be seen.

Every blog I read this week was about connection. Introverts lamenting the world that doesn’t understand them. Foreign students lamenting life in new cultures. Chronically ill lamenting a world that dismisses the sick or expects them to suck it up and get with the program. Bloggers lamenting words sent into the void with no feedback. People ache for connection.

I did a lot of commenting this week. Also not common for me. Commenting can open a person up for ridicule, shaming, all kinds of nasty things. Those who comment, even on religious blogs, can be horrible. But I commented. And what I said boiled down to this one thing, even though I never used the words.

I see you, and doing so isn’t a waste of my time.

I get it. I long for connections, too. I have worked hard to be invisible, to avoid conflict, to protect my introverted, socially-awkward self. I worked to be invisible and then wept because nobody saw me. It’s senseless. But that’s the truth of it. Too many of us put on cloaks of invisibility and then suffocate beneath them, hoping someone out there will show up, rip them off, and see what’s beneath. Hoping when they do, we won’t turn out to be a waste of their time.

I miss the world of conversations and afternoon visits. I spend most of my time in a house with people. Rarely am I alone. And yet, we can all be staring at our screens a million miles apart. We rarely see one another. In church we promise to get together during the week, and it doesn’t happen. Life happens, we say. Crazy week. Maybe next week. As though life happening is a reason to hide and not a reason to reach out.

Maybe when life happens, when I’m feeling the need to be invisible, when I’m so lost I’m writing blogs begging someone to see me, I should reach out. Possibly I’ll be rejected because life is happening to my friends, too, and we deal with life alone. Or I’ll be rejected because there’s a lot to see on social media this week. Or a new quest on the video game. Or… It’s easier to make excuses than to be seen. Life is messy. If you see me, the real me, it’s not pretty. It might be a waste of your time. Your time is precious.

But, to those bloggers who opened their hearts this week, who called for connections, who admitted fears and illness and imperfections and then had to courage to say, in the midst of it all: See Me—

I’m looking at you. I feel that connection. You’re worth the time.

As I’ve focused on the Spirit lately, I feel less of this. First, I know I’m seen by the most important person. Inside and out, he sees and understands and loves me. Second, being confident in that love helps me step out more boldly in relationships. I’m still a super introvert, but I’ve come a long way toward sharing with less fear, so I don’t feel that aloneness the way I once did.

In this life, our paths may never cross. But one day, I want to introduce myself and laugh and smile and trade stories and plan outings without the baggage of this life. No more invisibility. No more fears. No more being too small or too sick or too quiet.

I long for those days. For the final rescue of the One who sees us and loves us and never, ever once feels we’re a waste of His time.