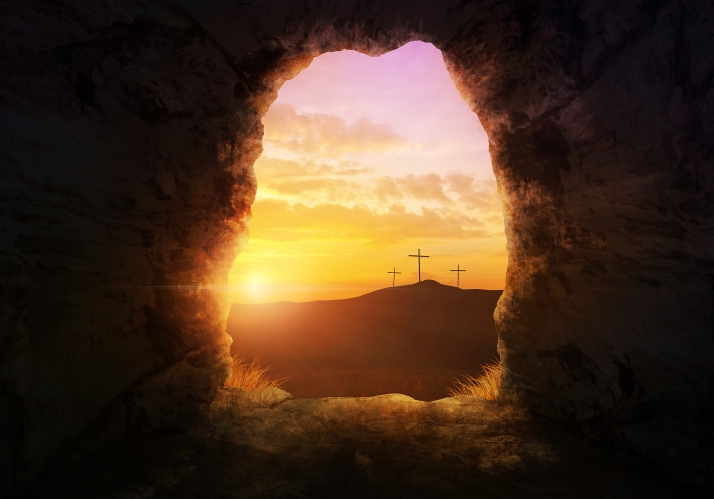 I want to hear Bible stories again for the first time. Since this is Holy Week, and today is Good Friday, I wish I could erase everything I know, all the sermons I’ve heard, the million times I’ve read the story, and hear the story of Jesus for the first time, especially Jesus in Passion Week.

There’s something good in knowing a thing well. I’m sure I have a world of knowledge about Roman times, Jewish culture, crucifixion, what the death meant in a hundred different contexts. Every sermon tries to find some new idea, some new spark, because in truth, most people who walk into church this Easter Sunday know the story.

But what if you didn’t?  I can’t imagine what Jesus sounds like to someone who’s never heard of him before. He talks about dying, knocks over tables, weeps over a city, calls the dead to life, heals with a touch, and doesn’t hide when the authorities look to kill him. Power and humility and authority all in the guise of a homeless, wandering teacher in old robes and dusty sandals. Who is this guy?

What of the trial story and his death? It’s vicious. It’s not a PG-rated story, even though most of us first heard it when we were little. Real blood. Real mocking. Real betrayal. It all happened. I can picture it in cartoon versions, because I’ve seen it that way–flannel graph Jesus, big-eyed anime Jesus smiling at me from children’s church handouts. But his death wasn’t a thing for children to witness. I suspect mothers walked the long way to prevent their children from seeing Roman justice. I imagine nobody brought picnics for family gatherings in gardens filled with bloody crosses.

I haven’t seen the movie The Passion of the Christ, the one directed by Mel Gibson. I’ve always shied away from it. I don’t like blood and pain. Honestly, I don’t like the crucifixion story. I read it fast and move on to the victory on Easter morning. It hurts. It’s unfair. It makes me feel guilty.

Yeah. It makes me feel guilty. Because in the book of John it says he prayed for his people the night before he died, even those not yet born. I’m one of those. I have to wonder if my face flashed through his head that night. I know I was there somehow, part of this horror, part of a perfect man bleeding for someone who doesn’t deserve the gift he purchased. I don’t want to admit I’m so bad someone had to go through that for me. But it’s exactly what I have to understand. It’s vital to everything.

I need to see that movie, I think. I need to read the story slowly. Cry over it. Feel its reality. It isn’t a documentary meant to teach me a lesson. It’s an event. The event. The hinge of history, the one event on which all other events hang. It has real good guys and real bad guys, true evil. And I’m so familiar with it I tell myself I can breeze past it. It makes me uncomfortable. I know it inside and out, so why linger there?

I’ve cried a record number of tears this year, and since it’s only  March, that’s saying something. I asked the Spirit to speak to me, to stir emotions as well as truth in my spirit, and he’s doing that. I’m almost afraid to ask for that same stirring on Good Friday. But I want to cry over this. I blogged this on Monday, and it’s still true, that if the death of Jesus doesn’t shake me to my very core, I don’t think I’m seeing it right. I need to see it anew.

I can’t erase the story and start over. But God’s compassions are new every morning, and seeing this story clearly, understanding the reality of it not in terms of eternity or theology but heart-wrenching humanity– I think that’s something God can give me. That clarity is tied to his mercies, his grace, his love. I need to understand what happened, how much I’m loved, what God sacrificed for me and how it makes every sacrifice I could ever give him pale.

So, God, today, I want to hear it for the first time. For a moment, I want all that I know, all the voices and images of the past to fade, and I want to revisit the death of your Beloved Son with new eyes, eyes not afraid of tears. I want to accept my guilt, see your love in every drop of blood, participate in both the death and the new life that comes three short days later. Let me cry and wait and mourn and then rejoice with everything I have. Let me have my first again. And let me long for another first, when I finally see your face, when you greet me at death’s gate, with as much fervor.